A Library and Tutorial for Factored Cognition with Language Models

We want to advance process-based supervision for language models. To make it easier for others to contribute to that goal, we've released code for writing compositional language model programs and a tutorial that explains how to get started:

We've been using ICE as part of our work on Elicit and have found it useful in practice.

ICE is an open-source Python library for writing, debugging, and visualizing compositional language model programs. ICE makes it easy to: 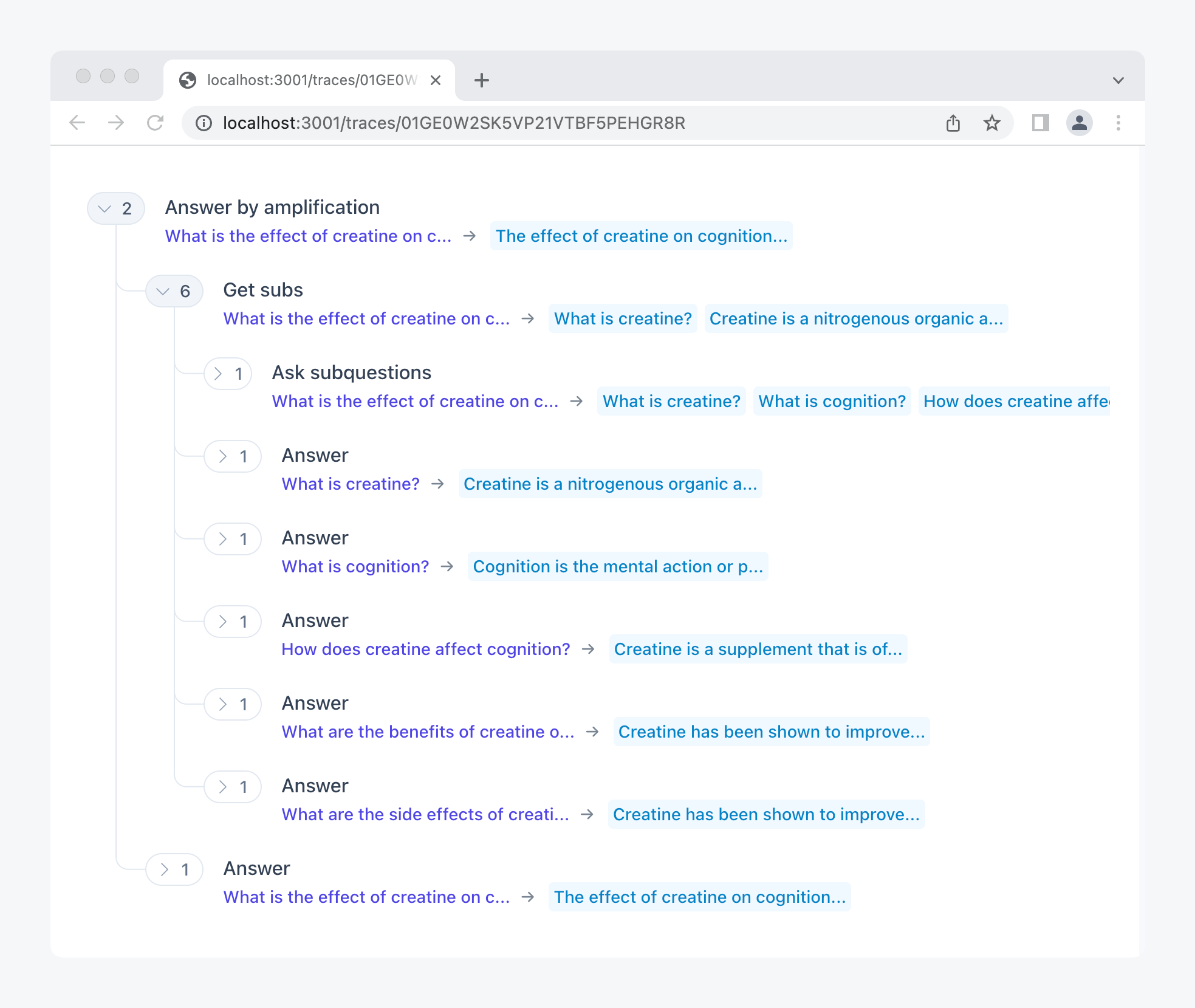 The Factored Cognition Primer is a tutorial that explains (among other things) how to: 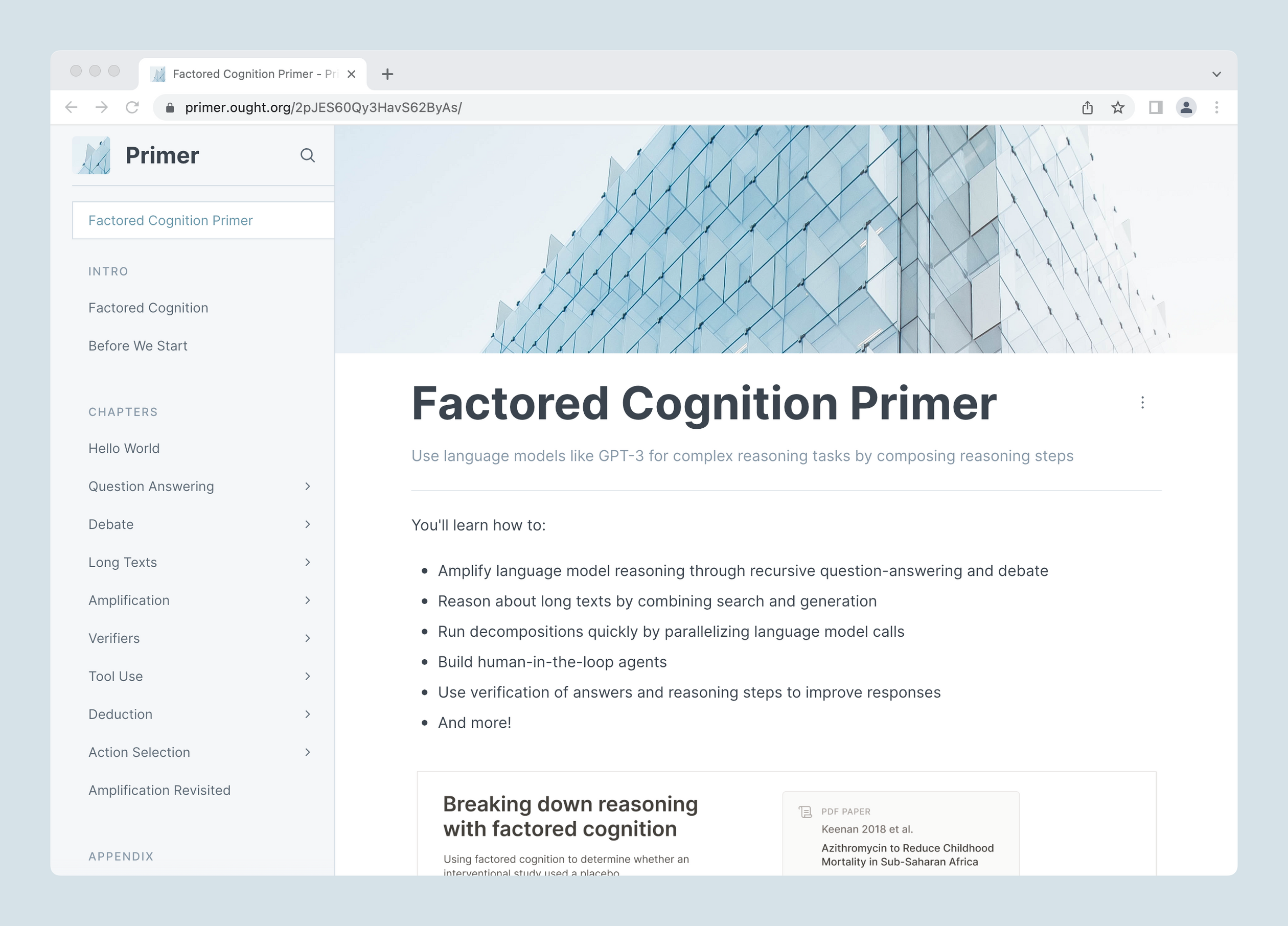 If you end up using either, consider joining our Slack. We think that factored cognition research parallelizes unusually well and would like to collaborate with others who are working on recipes for cognitive tasks.

To learn more about how we've been using ICE, watch our recent Factored Cognition lab meeting.

This post was published on October 6, 2022 by Andreas Stuhlmüller.
Comments
Read next: How to use Elicit responsibly